One thing that we don’t have enough of in Botswana is race spectator support. Even at the Diacore Gaborone Marathon, which is the biggest race in the country, there are so few people cheering for runners on the course. I remember the best part about doing the Soweto Race in South Africa was the streets lined with spectators – just ordinary people who had come to the side of the road to cheer us on. It was fantastic and added so much to the vibrant race atmosphere. Last Sunday, I found myself in the very unusual position of spectating and not racing. It was the Time Team Challenge – a duathlon (run-cycle-run) that I did last year. It was really strange being on the other side, but I had so much fun and it got me thinking about the importance of spectating and why we need to encourage it and do it more, even as runners. Here are some of the reasons I came up with.

1 – Motivating Runners. This is probably the biggest reason for spectating a race. Whether a runner is doing their first 5k or their 20th Half Marathon, they have put in hours of training and need that extra support to get them through the Finish Line. One blogger, Mar on the Run summed it up perfectly when she said “Spectating is such a selfless act but one of the best forms of encouragement you can do… You never know if seeing your sign, cheers or smile is just what your runner needs to pick themselves up in that moment and keep going.” I also loved what blogger Balancing Kat said “Spectating is so much more than holding up a sign. It’s a surge of energy – it’s a smiling face, that tells the athlete that they can go a little faster, that they can go a littler further.” Spectators with their signs, their cheers, and their comments really add so much energy and excitement. It feels like someone truly appreciates your efforts and wants you to succeed. Stranger or friend, it feels like they are on your side. It’s a really big deal.

2 – You Get Inspired. My sister was on the course around the 12/13 km mark with my kids when I ran my first Half Marathon and she had this to say, “No words can describe the feeling you get when you see someone, right in front of your eyes, pushing themselves towards something that means so much to them.  Being a witness to someone’s journey.  Being a witness to someone who is in pain but is still pushing themselves beyond their limit.  Witnessing the different emotions that each runner has, from hope to hopelessness; from enthusiasm to exhaustion; from health and wellness to pain and anguish.  And yet with all those emotions they continue to put one foot in front of the other in order to cross the finish line – the ultimate goal.  As a spectator with a beautiful 6 year old girl who, on the sidelines, attempted to out-run every runner that passed, it was inspiring to watch them pass you with everything they had, regardless of how fast or slow they were.  It inspired you, not necessarily to run a race, but to be the best version of yourself and conquer something that you are passionate about… to go out there and run your own race… a race that would allow you to cross your own finish line and look back with excitement and pride.  Like they say… If it doesn’t challenge you, it won’t change you.” 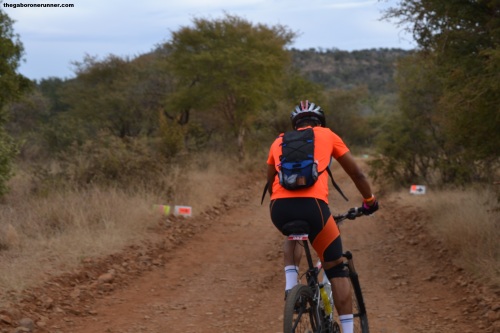 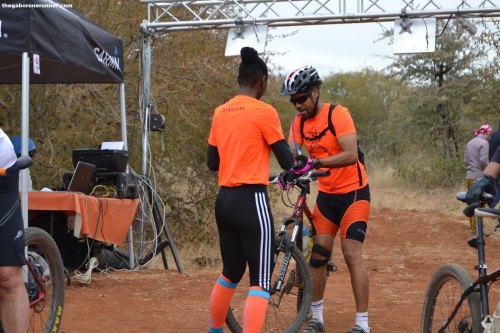 3 – Being There For Special Moments. For more than 20 races, it has always been about me. But on Sunday, I could listen to others’ stories without wanting to share mine as well. Seeing each of my friends come through the Finish Line, smiling… grimacing… all with a story to tell of the rocks on the trail, the climb up to World View, the animal sounds in the bush, and the warthogs scurrying past… I could listen with full attention and enjoy their moment. The Running Canadian Magazine talks about the “Finish Line Drama” – the tears, the laughter, the excitement. As a spectator you get to see these raw emotions. It just magnifies the fact that behind every finisher, there’s a story – people trying to lose weight, people overcoming an injury, people battling a personal loss, people just looking to have fun or people trying to break a personal record. 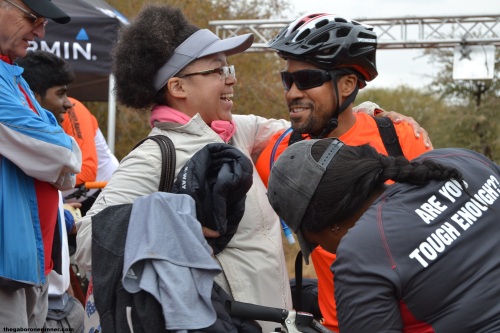 4 – No Race Day Nerves. If you are a runner, you know very well what goes on before a race. Now… imagine waking up early to go to a race but WITHOUT having to worry about stretching, your nagging knee pain, your funny tummy. Imagine that! The night before the race I had an extra glass of Bailey’s as I sat with my feet up watching the World Cup matches between Sweden and England and Croatia and Russia. Haha! When we got to the race start in the morning, my eyes immediately darted around looking for a portaloo and then I thought “Wait a minute! I don’t have to look for a loo until I really need it. There is nothing like – Should I go now? Or should I wait a bit longer? But will there be queues? Will I miss the gun go off?” Oh, the feeling! I need to spectate more often! 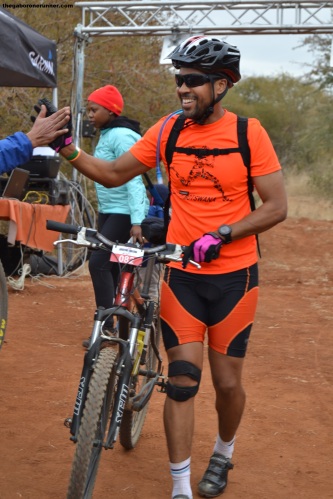 5 – You Are Useful. It was great to help my friends by holding bags and jackets, taking photos and encouraging and motivating them. It felt good to be of use. I remember at the Diacore Half Marathon, I didn’t know what to do with my jacket and in the end I thought I was just going to have to toss it while running but someone volunteered to hold it for me. It was such a weight off my shoulders. And on Sunday, I could be that person.

6 – Having Fun And Socialising. Above all, it was so much fun! I met so many people I knew and we got a chance to catch up, laugh and solve the world’s problems. I also spoke to people I didn’t know. It was so easy – we had something in common. It was amazing to be there with the same purpose and to feel part of something great.

So… see you at the next race, running or spectating, be there! 😉

I am linking up with Running on Happy and Fairytales and Fitness for the Friday Five 2.0!

12 thoughts on “Six Reasons To Spectate A Race”