My mum asked me on Sunday, “Do you remember when we had to get a sick note from the doctor because you were  terrified to participate in a cross-country running event?” I could not  remember the event she was referring to! How traumatic it must have been for me that I have had to bury this memory in the recesses of my mind! Well, she said this to me when I announced that I had just done a 19 km Training Run – my longest ever! Here is my weekly wrap but this Long Run on its own warrants an A+ Grade for the week!

Tuesday, 17th April: Treadmill, 38:19 min, 5.51 km. It was raining outside so it was really humid. My treadmill is right next to the window, but even with windows open and a fan in front of me, it was tough. I am always really lazy to get back into things after a race but with just a few weeks to go until my first Half Marathon I forced those running shoes on! It turned out to be a nice shakeout run from Sunday’s race. I had a nice stretch afterwards with the kids but when they told me to kiss my toes, I couldn’t quite get there! 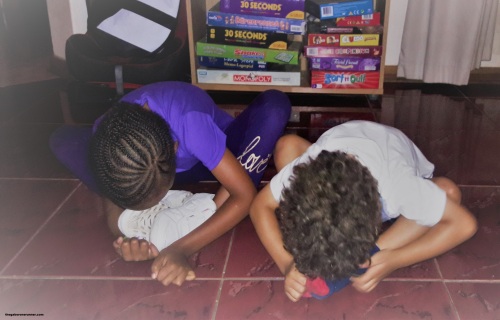 Wednesday, 18th April: Hills Run, 37:46 min, 4.96 km. What a brilliant workout. Last time I did Mokolodi Hills (just a few weeks ago) my pace was 08:46 min/km. Today, it was 07:36! I powered up those inclines and made good use of the downs, recovering much faster than usual. It was such great fun – beautiful fresh air and just look at that night sky! 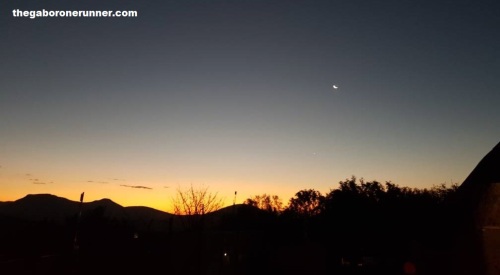 Friday, 20th April: Easy Run, 27:27 min, 3.51 km. This was not a planned run. But I couldn’t get to pilates on time so I drove the kids to my parents’ place and did a run in their neighbourhood while they watched the kids. I ran until it got too dark outside.

Sunday, 22nd April: Long Run, 2:25:03, 19 km. Oh my word… I cannot believe I did it. I was so nervous of this run but pulling out of it was never an option. I was just scared that if I crashed and burned with only three weeks to go it would be a huge dent on my confidence. But another part of me kept saying, “You’ve done 16 km… this is just 3 km more.” We met at 05:30 am and there were six of us in total, all at different levels.

I can honestly say I felt comfortable throughout the run. I pushed hard and my overall pace was faster than when I did my 16 km run! In fact, my pace was more like a 10 km pace. I struggle to get faster in a 10 km race but it would seem I can hold the same pace for almost twice the distance! I felt in my element and I don’t want to jinx it but I just felt that this is my distance. Slow and steady and long. What a confidence booster three weeks before the big day. The second half of the run was faster than the first half. For the remaining 10 km, my pace was less than 07:25 min/ km with my fastest km being the last one at 07:15 min/ km. I caught up with Chandi towards the end and we have never run together but our stride and pace were so similar! We didn’t say much to each other but just having her there kept me putting one foot in front of the other and she said the same of me! I was surprised that I didn’t need anything other than my water for the run BUT I did struggle for the remainder of the day. But who cares?! 19 km done! 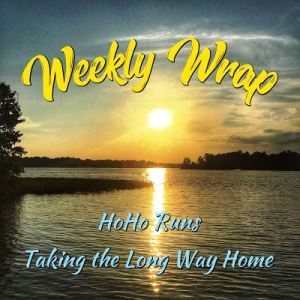 38 thoughts on “Journey to My First Half Marathon, Week 16”