For those of you who are new to my blog, I am a newbie runner from Gaborone, Botswana. To keep me going, I (bravely or stupidly) set myself the challenge of running 17 races in 2017! So far I have done four of them (a 5k trail run; the Mini-Monster 10k in South Africa; a 10k race in Gaborone where I set my current PB; and a 10k trail run in fancy dress)! I am having so much fun doing this but there are days when it seems easier to quit! So to keep me motivated, I decided to look back at FIVE TIMES I DID NOT QUIT!

1 – Ballroom Dancing Competition (1989): Let’s take it way back! I was 9 years old and my mum had enrolled my sister and I in ballroom dancing classes. I lived in Lobatse, a small town about 72 km from Gaborone. I am not and was never a natural dancer but even at that age I was so determined to work hard and be good. I ended up being chosen for a big Ballroom Dancing Competition held in Gaborone. Going to compete in the “big city” was scary enough, not to mention that the competition was to be aired on TV! The event was scheduled to start at 8 pm, but we only got on at midnight. I was so nervous waiting that I ended up with an awful headache that I had to sleep off before I got on. Don’t ask me how as I still don’t know… but my dancing partner Mompati and I placed FIRST in the Tiny Tots Category! I stopped dancing shortly after that, but I can always claim that victory in ballroom dancing! Lesson: Hard work and a great partnership pays off. 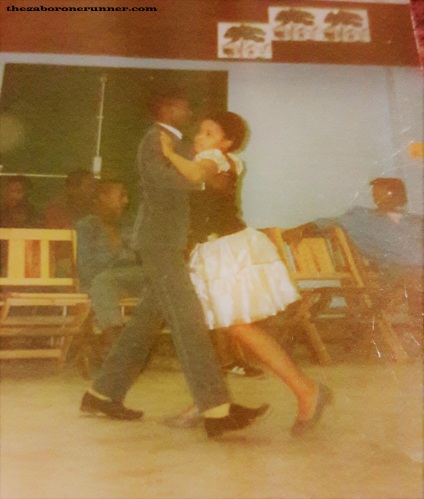 2 – Climbing Table Mountain (2003): I was doing some volunteering work in Cape Town. I was very fit at the time (no running, but lots of gym classes) so I felt ready to conquer Table Mountain. I set off one Saturday with another volunteer Chris. I don’t remember many details but I do remember the number of times I wanted to quit… the climb was like going up a never-ending steep staircase. It was so unbelievably painful and with each step I took I was completely and utterly disappointed that all my fitness classes had not prepared me for this mountain. But we did not quit. I will always be thankful to Chris that he stuck with me the whole way and had several encouraging words even at times when he too was struggling. Lessons, 1) the right kind of preparation is needed for any challenge. Yes, I was fit but I had no experience climbing mountains; 2) taking it step by step will get you there in the end. 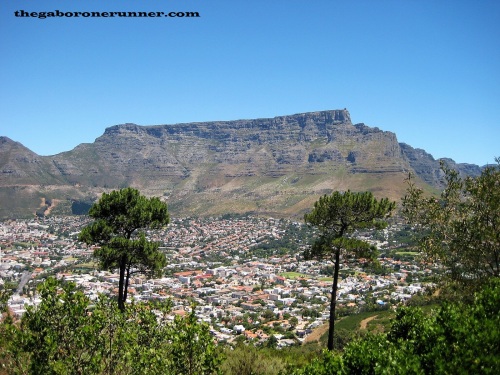 3 – Walking the Bibbulmun Track (2005): My boyfriend (now husband Ditiro) was studying in Australia. On one of my visits to him, we decided to walk 120 km of the Bibbulmun Track which runs from Perth to Albany (around 1000 km). We planned to walk 60 km and then back again over 7 days. We carried backpacks each weighing 15 – 20 kg with all our food supplies and camping gear for the week. It rained as soon as we set off and within 5 km we were drenched, tired and wanted to quit. The terrain was torturous, the flies were relentless and doing about 20 km took us the WHOLE day. You couldn’t just stop and set up camp at any time – you had to get to the designated camping spots and preferably before nightfall as there were snakes about! Every day when the sun set and we were still far from camp, I cried. Lessons, 1) Canned food tastes so good after a day of hiking, 2) Don’t pack canned food if you have to carry it for 7 days!; 3) Distraction gets you through physical pain. We did our fastest 20 km when we were in a heated argument!

4 – Victoria Falls Bungee Jump (2010): This was on my Bucket List of “30 things to do before turning 30”. It was actually not my first attempt at bungee jumping. In 2003, I walked the bridge to do the Bloukrans Bungee Jump in South Africa. However, when I saw those guys coming back up with such blood shot eyes, I changed my mind. But 7 years later, I didn’t chicken out even when the big, LOUD, know-it-all guy in front of me did. Would I do it again? No. Do I regret doing it? No. Lesson: It takes leaving your comfort zone to realise what you are truly made of. 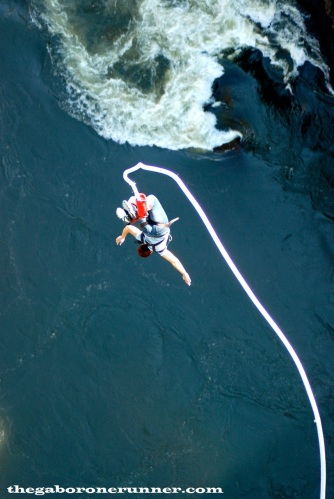 5 – Jwaneng 30 km Desert Walk (2016): Shortly after my son turned 2 in May 2016, I was feeling quite frustrated that although I had lost a lot of baby weight, I was no where near fit. I was struggling to balance work, being a mum, and getting fit. When I signed up for this walk, I felt it would force me to get fit again. But as the time drew close, I was terrified as I had not really trained much. Thirty kilometres through thick desert sand is no joke! I did it with Ditiro and my friend Elisa and as people dropped out one by one, we kept putting one foot in front of the other. We completed it in SEVEN hours! Lesson: Setting a goal is always the best starting point. This walk gave me the encouragement and the resolve to reclaim my fitness and ultimately gave birth to the “17 in 2017” Challenge! 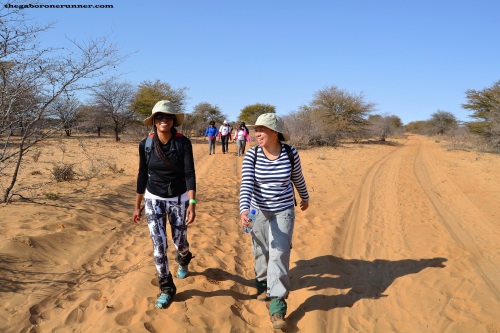 So I will NOT quit no matter how hard it gets.

Thanks for reading! Have you ever really felt like quitting?

I am so excited to be linking up for the first time withRunning on Happyand Fairytales and Fitnessfor the Friday Five 2.0! Please hop over to their blogs and others for some great inspiration.