Once at a dinner party my husband made the bold statement that “The default setting of a human being is laziness”. There was an awkward silence at the table as people assessed whether they fell into that category and I remember thinking husbands can be quite embarrassing! But I think he was onto something especially when you look at fitness. It takes a lot to put those trainers on. I battle on the drive home, thinking of all the excuses I can come up with NOT to do my run or gym. If I rush into the house and get changed before I have perfected my excuse then my workout will get done. But if I give my mind enough time, I WILL eventually find an excuse I can live with. On Monday and Tuesday, laziness won. That word “laziness” seems so harsh… maybe “inertia” is better? Although I had a lot of things on my mind, I could have done both workouts. In the end, I got through most of my workouts – it just felt like I had to fight myself each day to get there!

Wednesday, 7th March: Easy Run, 40:04 min, 5 km. After two lazy days, I was determined to get my run done. It started raining on the drive home so I was a bit annoyed that my run would have to be on the treadmill. But once I had warmed up, the rain had stopped and I managed to run outdoors. 81% humidity is no joke! I was sweating like crazy and it was a tough run to get through. But I did it and was so relieved to get back home! 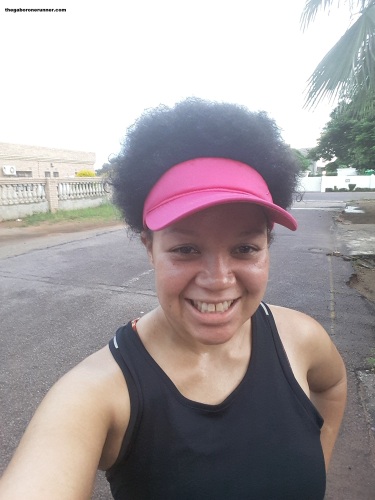 Thursday, 8th March: Gym, Pilates, 1hr. That lazy feeling hit again and I told my kids, “I don’t feel like going to pilates” but my daughter Kaia simply said “Then you won’t get strong”. Smart girl. That did it for me and we all hopped into the car – I dropped the kids at the gym’s play centre and made my way to pilates where I lay on my mat and started breathing as the class was settling down. Our instructor Oliver focused on legs and it felt AMAZING. I listened to everything that was being said and just really got into the zone, executing each move as best as I could. Chin to chest. Engage your abdominals. Relax your shoulders. Head up. Hold for 10…9…8… pulse pulse pulse. I left feeling really good. 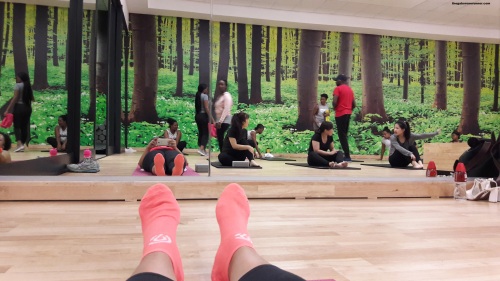 Friday, 9th March: Treadmill, Fartlek Run 34:45 min, 5 km. Sadly, with no one to watch the kids this ended up being on the treadmill again. The first 2 km was an Easy pace; the next 1 km was a Fartlek. It felt weird to do on the treadmill but I just sprinted as fast as I could for about 200m and then recovered for another 200m, before doing it again until the 1 km was up. Not as fun as outdoors but still fun nonetheless. The last 2 km was supposed to be an Easy pace but I was running late for something so I Tempo paced it!

Sunday, 11th March: Long Run, 1:09:36, 10 km. I had planned a really nice route but on Sunday morning I woke up to the sound of rain. With a deep sigh, I hopped on the treadmill. I knew if I delayed until later on in the day, the run would just not get done. But what a boring run! I tried to listen to some music but even then I kept looking at my watch wondering when on earth I’d be done! What I discovered though is doing a Long Run on the treadmill really helps with the mental side of running. I started thinking of different ways to get through each km, estimating where I would have been had I been outdoors. I focused on my form, making sure I was upright and not slouching, squeezing in my glutes. My knee felt sore towards the end but otherwise it was an okay run.

Grade: B– (I took a while to start my week but in the end I managed all my runs if not all my gym classes and strengthening exercises)

37 thoughts on “Journey to My First Half Marathon, Week 10”

“How do you know you’re scared of it when you haven’t even tried it?!” – Kaia Coyne
She believed she could, so she did.😊
Remember when races were a thing?! Look at our bright smiles! Sigh... 😔 Running without any "real races" on the calendar can be hard especially when races help to keep you motivated.
It's another #motivationmonday 💛 "In long-distance running the only opponent you have to beat is yourself, the way you used to be.” ~ Haruki Murakami
Most, if not all, children who need chemotherapy in Botswana have to travel to Gaborone to get it. Chemo can be extremely tough for adults and I cannot begin to imagine what it must be like for children.
If you haven't heard the buzz around town, we're helping Happy Hearts Home to build a "home away from home" for children receiving cancer treatment in Gaborone. The challenge is to run, walk or cycle 100km from the 1st - 15th April. If you haven't signed up already, it's not too late! *Registration details in my stories*
Gaborone is an eclectic mix of old and new. I notice this a lot when I'm running. Last night I ran through the towering buildings of the CBD with their modern architecture. Today, I ran past the old fabric and haberdashery stores in the African Mall. Some might call it a messy mismatch, I call it a beautiful blend. 💚
Tough times don't last, tough people do. YOU are tough.
When I was preparing for a Q&A Session about my blog, I asked my friends to come up with some potential questions I might get asked. One of them was "How important are your running outfits to you and why? I thought it would be fun to answer that on today's blog! 😊🎉
Today, we completed the #worldwaterrun with 140km run between us over the last 7 days! We joined over 132 countries around the world to raise awareness for the scarcity and value of water. As Batswana, this was an extremely important challenge to be a part of.
I don't think there is a person in the land who says these words as passionately as my boy when he reads to his Nkuku, "Dumelang lotlhe mo kgotleng! Pula! A e ne! Pula! A e ne!" Botswana, let it rain!
"What visitors might dismiss as a timeworn town, I only see the streets I used to ride my bike, the homes I used to visit, the place my sister and I were caught in a rain storm, and although no longer there, I remember the location of the book shop that sold our favourite comics and the café we’d visit for freshly made samosas."
I might run Gabs City but I was raised on these here streets of Lobatse! A 12km run from Nkuruma Road to Crescent School and back 👊😍🙌
When you don't look like a "typical athlete", you'll often hear things like: *Shouldn't you be thinner by now? *If you lost weight you'd be a lot faster. *I've seen you on the road, you're so slow!
His sister is a lot stronger on her bike now, so my boy has not been enjoying their rides, complaining they are too hard. So today I decided to go on a 5K walk/ride, just the two of us. What a lovely surprise to hear him say "I'm having so much fun!" 💚
Loading Comments...
Comment
×
%d bloggers like this:
%d bloggers like this: