Ever wonder what it’s like to run in another part of the world? In this blog series, We Run The World, I ask runners to share what they love about running in their cities and towns. So put on those running shoes and let’s start our tour in South Africa where Heloise will take us on some gorgeously green trails around Durban before Ngoni warmly welcomes us to Harare, Zimbabwe’s Sunshine City! Then let’s cross the Indian Ocean to sporty Melbourne in Australia for a run with Chandi in her favourite suburb. On our way to Europe, why not stop over in the Arabian Peninsula where Sikose will take us for a run in the desert heat of Oman surrounded by incredible mountain views! Time to dress up warmly as our next stop will be Birmingham in the UK where we will run with Liz along the canal towpaths. Hope your legs are still feeling good as we cross the Atlantic Ocean to the USA where Kim shows off the quaint little town of Grinnell in Iowa before our final run with Wendy in Chicago and a joyous jump in front of the Bean! 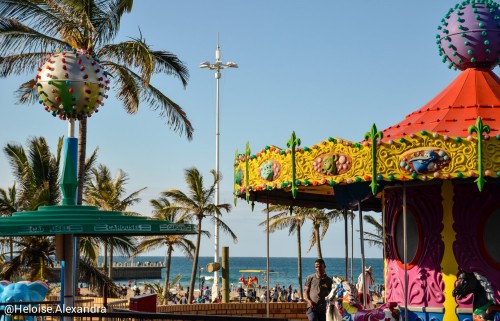 I Run Durban: There’s nowhere as deliciously green as my hometown. Sure, there are endless sandy beaches for an after-work barefoot run, and I have the majestic Drakensberg three-hours inland, but the steep gorges of Durban offer their own challenging climbs and descents. These gorges are watered by streams and rivers, sheltered by lush forest, and spill out onto grasslands where you’re likely to find a herd of zebra. There’s Stainbank Nature Reserve where I grew up, Giba Gorge where I used to mountain bike and now run, Palmiet Nature Reserve for a short trot, but the mother of them all is Krantzkloof Gorge. 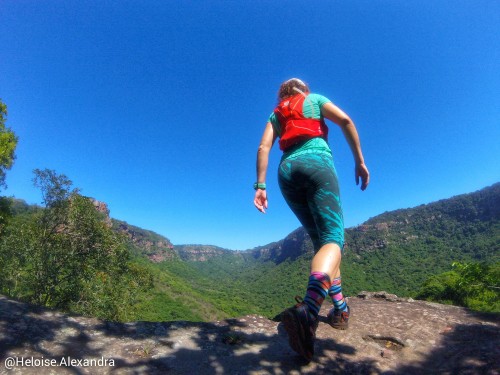 Kloof Gorge spans more than one conservancy, and boasts indigenous forest all the way along the Molweni River. Nine waterfalls can be viewed from above or below, forcing you to pause and take a photo. The steep and treacherous climbs are another opportunity to slow down and photograph the surrounding cliffs, keeping your eyes open for hornbills, snakes, dassies, and zebra. My favourite Kloof Gorge run is a 14km circuit that dips to the bottom of the gorge twice, or a flatter run upstream along the Longshadow Trail and into Everton Conservancy.

I Run Harare: Harare is the capital city of Zimbabwe – known as the Sunshine City because of the incredible weather as well as its friendly and welcoming people. I love running in Harare because I have witnessed the sport grow in popularity here showing diversity in gender, race and age. We also have fantastic sports clubs including Mount Pleasant, Old Georgians and Borrowdale Country Club from where we can start and end with an ice cold beer. I recently discovered a route that goes through a beautiful area on the edge of Harare called Umwinsidale with great scenery and wonderful views. This photo was taken in the City Centre and in the distance is a hill known as the Kopje. 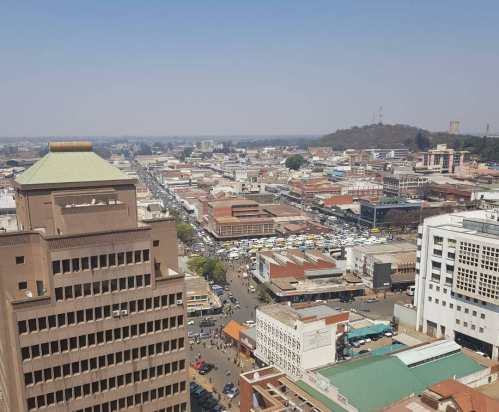 I Run Melbourne: I got my passion for running whilst living in Botswana and I have continued that in Melbourne. Melbourne is known as the sporting capital of the world and has many beautiful running tracks all over the city and its suburbs. The best part of running in Melbourne for me is the beautiful weather and getting to know the suburb I live in, Berwick. 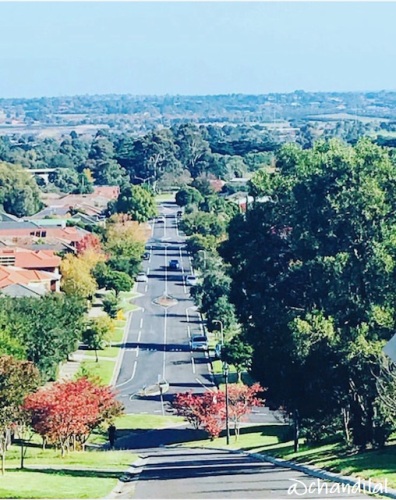 It is a beautiful small suburb 41km from the CBD. One of my favourite routes to run is Berwick springs. Running up and down the winding, hilly roads provides great panoramic views and on a clear day you can even see the city. I also love the change in seasons where I get to see trees changing colours, flowers blossoming and feel the adrenaline pumping through my veins. My most memorable run was running the Melbourne Marathon. 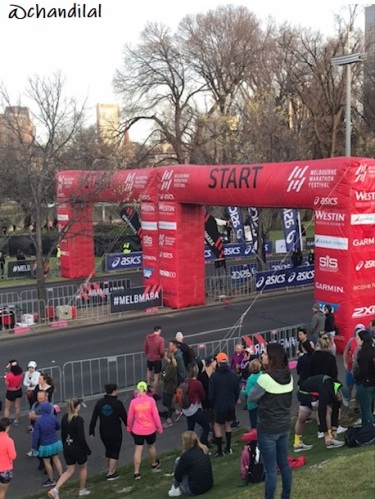 I Run Muscat: I love Oman for its rich culture and history. My toughest runs have been in the excruciating desert heat, often alone. Oman’s landscape takes me along white sandy beaches and captivating mountains which provide the best company as I navigate my thoughts one kilometre at a time. 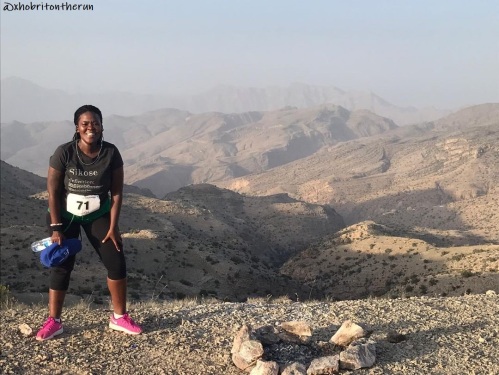 Muscat is an unassuming city with the friendliest locals in the Gulf! As a Xhosa woman, it also makes me incredibly happy to hear another African tongue-Swahili- spoken alongside Arabic in the streets. The locals love to shout ‘mambo’ (a greeting in Swahili) and ‘mashallah’ (an Arabic expression used to express joy at what God has willed) and I almost always hear this towards the end of a long run just when I need the extra push. 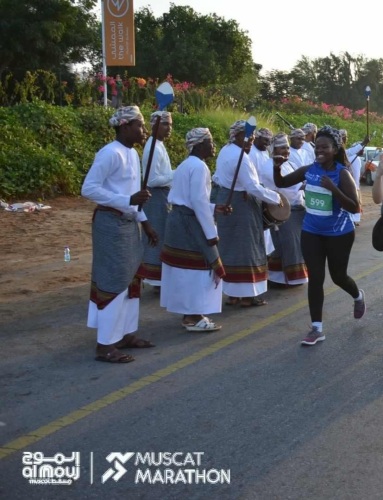 As an expat (South African-born British) running alone in a foreign country has taught me self-compassion in ways I have never imagined possible before. Running in Oman reminds me to appreciate the heat of the sun but not get too comfortable in case I burn! I use this as a metaphor to remind myself to enjoy all of Life’s pleasures and every run but never rest on my laurels. Running in Oman reminds me to keep going the extra mile in everything I do-literally and figuratively. 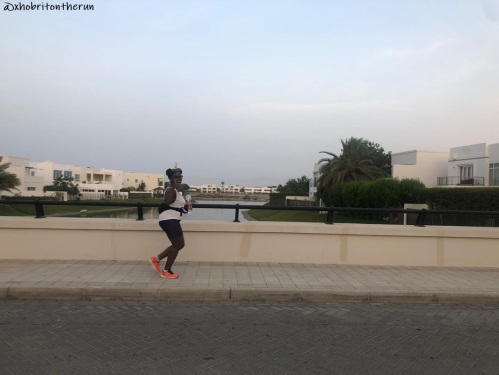 I Run Birmingham: There are two things I love about running in Birmingham, UK. One is that we have a great variety of different places to run, from city centre streets and suburban leaf-lined ones through the loads of parks and greenways we have, on and off-road, and the lovely canal towpaths to the hills with amazing views just a few miles away. 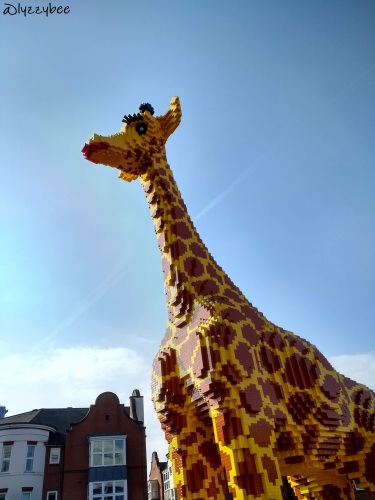 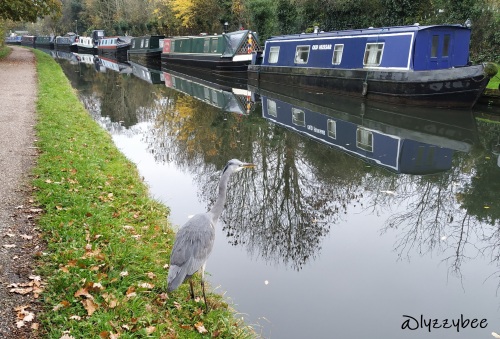 The second thing I love is all my running friends, many made through my local running club and our “rival” clubs, so there’s almost always someone to run with – as I work for myself from home, this is vital, especially in lockdown times. We have way more green spaces than you would imagine, and loads of lovely runners – what’s not to love? 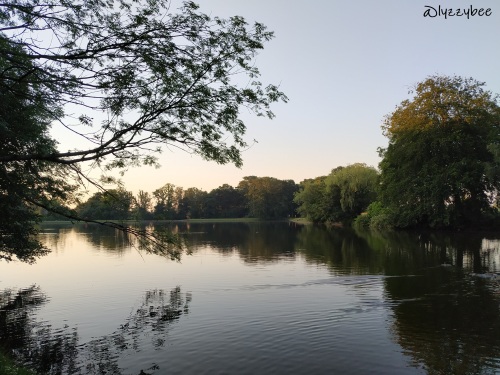 I Run Grinnell: Grinnell is a quaint little college town in the central part of Iowa. Unfortunately, with a population of around 10,000, there are not any metropolitan amenities (like a mall or Target LOL). Being home to Grinnell College, though, the town is laden with many cultural and architectural features. I love running through the central campus and admiring the numerous Old World/gothic buildings. 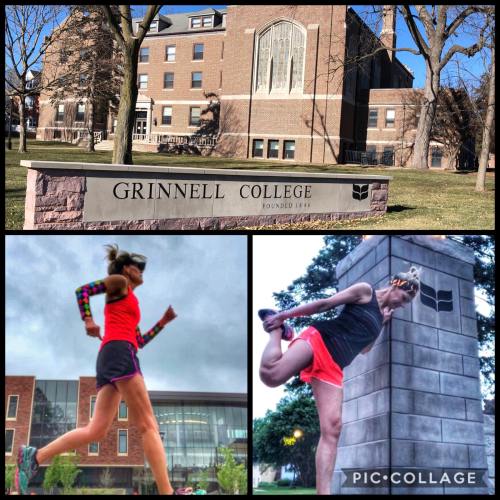 Another favourite place to run is at Arbor Lake. The path around the lake is a mile in circumference and is home to many adorable squirrels and Canadian geese. The path is about 1/3 traditional wooded trail, 1/3 crushed gravel, and 1/3 paved concrete. All the trees surrounding the area provide great shelter on a windy day! 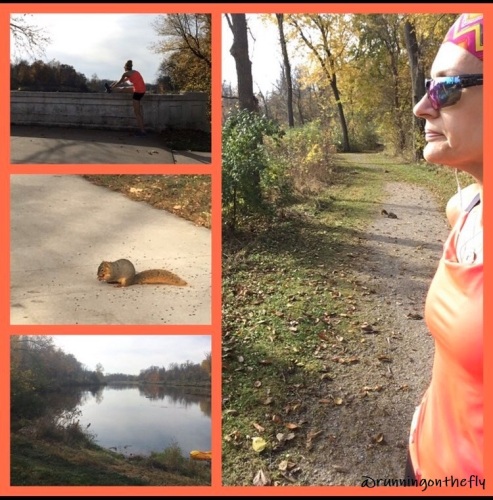 I Run Chicago: It’s no secret that I love running in Chicago. As a former home health nurse, I know the north side of the city like the back of my hand. I’ve run the Chicago Marathon 3 times and I’d do it again if my body would let me! The marathon route takes runners through the city – it’s really a great way to see all the city has to offer. I’d have to say that the lakefront path is my favourite place to run in Chicago. The Chicago Lakefront path spans the shoreline of Lake Michigan from the north to the south and is very popular with runners and cyclists. I like to run through the harbours and dream about riding on one of the large boats that are moored there. The view of the downtown skyline as you run towards it never gets old! 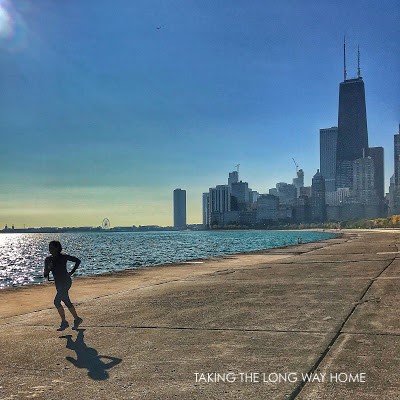 Most of the shorter races run at least part of their route on the lakeshore path. Chicago has a very large running community; races well staffed with enthusiastic volunteers! Race directors do their best to take participants past some of the iconic places and many races end in Grant Park. From there runners often walk over to ‘the bean’ aka Cloud Gate, to snap photos. It’s rare to be there without any other people, but if you’re out and about early in the day, you might get lucky! 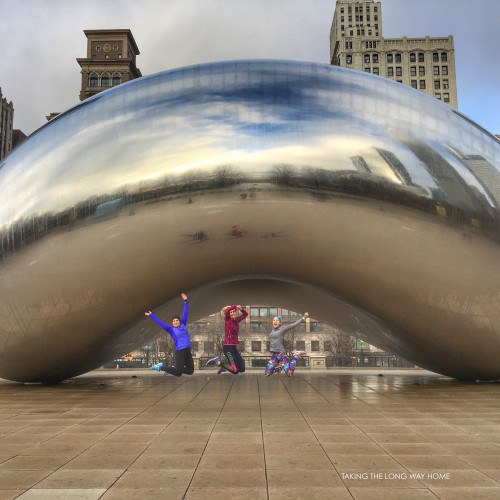 When I’m not running races in the city, I like to go exploring in some of the many neighbourhoods. Chicago has many neighbourhoods and they all have a distinct personality! There are many murals painted on empty walls—one of my favourite neighbourhoods is Pilsen, with a largely Latinx population as well as many artists. My son lives in Logan Square, a hip and vibrant area. There are a lot of historic buildings and homes and the 606 Trail spans the neighbourhood and connects with downtown. I have yet to run it, but it’s on my list…along with the boulevards and many other spots. There are so many places to run in Chicago, so little time!  [For more on what Wendy loves about running in Chicago, please check out this blog post!]. 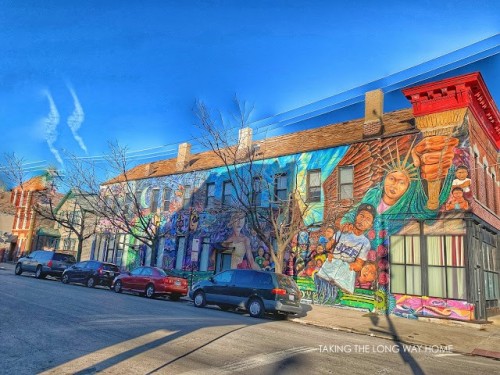 And there you have it – another running tour around the world! I hope you enjoyed it as much as I did. A heartfelt THANK YOU to all seven runners who took the time to share their beautiful towns with captivating words and stunning photos. In a year where there’s been so much chaos and change, I’m so grateful for the running community – we may live far apart, run on different terrain, experience varied weather conditions, see different things on our run, but what we experience and feel when we run is what truly bonds us.

Links to the runners’ Instagram pages or blogs are in the introduction. If you’d like to feature on ‘We Run The World’, please send me a message. I’d love to see where you run! Also, if you know any runners in South America or Asia – please send them my way!

I’m joining Kooky Runner and Zenaida on their link up, Tuesday Topics. I’m also joining the Runner’s Roundup with Mile By Mile, Coach Debbie Runs, Confessions of a Mother Runner, Runs with Pugs, Running on Happy and Organic Runner Mum! Be sure to read their blogs and catch up with other runners from around the world. 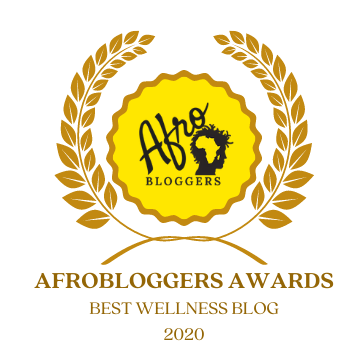