Running is an amazing sport. As I end my third year of running and racing, I have this to say – I didn’t really like running in my first year, I tolerated it in my second year, and in my third – well, I grew to love it. A big part of running for me is racing. Not only does participating in races motivate me to keep training, but I love the camaraderie and the atmosphere. I love that quite often races bring out our best times. They test and build our character. They evoke all kinds of emotions, good and bad. They bring so many lessons that are applicable to both running and life. And the actual bling is quite satisfying too! I managed 12 races this year and here is a short summary of each, including all the lessons gained.

1 – The Oodi-Mmamashia Race Walk, 32 km| 26 January. This was strictly a walking race, so no running allowed. It was a beautiful and scenic hike in Oodi and surrounding areas. My husband and I took close to 6 hours to complete it but it was really worth it, even though there was some painful hobbling the following day! It was a great time out from kids and life, with a “bonus” being the assault on my poor glutes! Here is the Race Recap. #datewithhubby #crosstraining 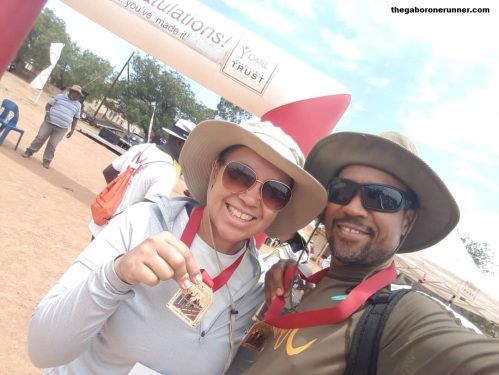 2 – Gabs Half Marathon | 10 March. I sailed through the first 15km and then struggled for the last 6km. The struggle was physical, but also mental. As soon as things stopped going as planned, I almost threw in the towel, and I’ve never been so happy to see a Finish Line. But a disappointing race was probably the best thing that could have happened to me so early on in my race year. My mum always used to say, “Nothing is so bad, it’s not good for something.” And that really applies here – this bad race gave me so many critical lessons that I carried for the remainder of the year. Here is the Race Recap. #disappointment #learning 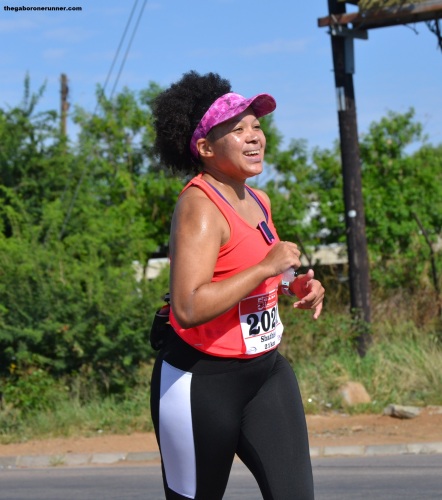 3 – Lady K Trail Run,10 km| 14 April. After the Gabs Half, I became a lot more consistent, focused and deliberate with my training. I introduced weekly speed sessions and by the time I got to this race, the change was already showing. I got up on the wrong side of bed, but somehow pulled off my first 10km PB in 23 months of trying, for the first time running under 70 minutes. This was significant. Firstly, it showed me my training plan was effective, and secondly, it gave me the confidence that I really had more in me and that I just had to keep pushing and staying consistent. Here is the Race Recap. #PB #validation 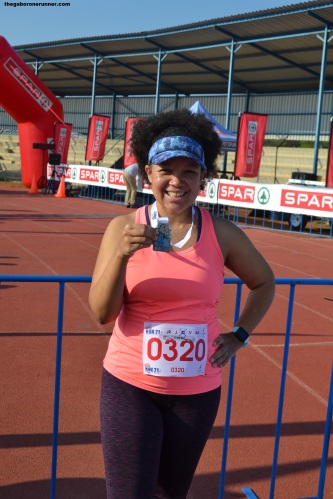 4 – Diacore Half Marathon| 12 May. This race was exactly a year since I ran my First Half Marathon. So it was always going to be a good measure of how far I had come in 12 months. But given my disappointment at the Gabs Half Marathon, I was very conservative when setting my goal, and almost scared to voice that I wanted a 2:30 time. So I set a tentative 2:35 time goal. However, it turned out to be the dream race. My fuelling and pacing on race day was perfect. All this culminated in a sub-2:30 time and a 9:46 min PB. #consistency #victory

5 – FNB Platinum Trail Run, 12 km| 02 June. This run was purely for fun. I had taken some time off after Diacore, but was keen for a weekend getaway and to get a feel for trail races again, as I had signed up for Run The Berg in September. My husband did a mountain biking event on the first day of the weekend, and on the second day I ran the trail race. It was adventurous and fun. Having had no expectations for myself, I finished with a big smile but also with the realisation that I had a lot more trail work to do. Here is the Race Recap. #fun #adventure #family 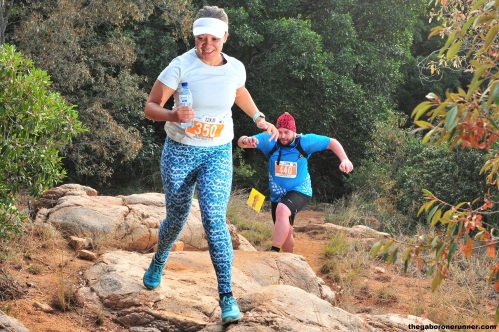 6 – Botswana Life Half Marathon| 08 September. My life completely changed between Race 5 and this race. Shortly after the FNB Trail Run my mum was diagnosed with untreatable cancer and we lost her at the end of August. This race was a week after her funeral. It was tough and emotional, but I felt driven by something bigger than myself. I started this hashtag, #RunForAstrid and in my Race Recap, I wrote that this was “a reminder that I need to keep running so I keep showing up. Showing up for work, for my kids, for my husband, for my father and sister, for myself.” Here is the Race Recap. #courage #strength #loss

7 – Botswana Independence Race, 5km| 21 September. I had registered for a trail race which was to take place the following day, but not being one to miss a race in my city, I signed up for this one but opted for the 5km route. It really was meant to be an Easy 5km Shake-Out Run, but something stirred in me just before the gun went off and I decided to leg it! When I came through at the end, I realised the course was slightly short so I grabbed my medal and kept running until my watch buzzed 5km. It was worth it – a brand new PB, 30:34 and I couldn’t believe how close I was to sub-30! #PB #spontaneous #hope #progress 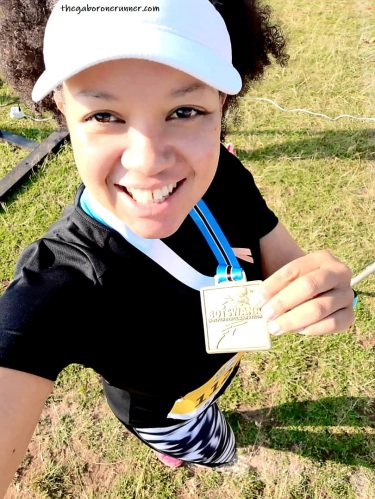 8 – Mokolodi Scorpion, 10km | 22 September. The following day I laced up again but this time for a trail race out in Mokolodi. It was a very late start and a painfully hot day. The route was beautiful with a big climb around 6km. The course was slightly short but this time I was only too happy to finish and get my medal! It was also a bit of a wake-up call for the big trail race that was to be the following weekend. #eyeopener #whyaretrailssohard

9 – Run the Berg Trail Race, 30 km| 28 – 29 September. After four months of training, it was time to hit the 2-stage trail event in the Northern Drakensberg Mountains of South Africa. To sum this race up in a paragraph would just be an injustice so you’ll have to come back for the race recap. But in short, this race tested everything – my endurance, flexibility and will power. Covering 17km in almost 3 hours on the first day should give you a clear indication that it was tough out there. And then with blisters and sore muscles, we had to cover a similar distance the following day. In Sir Edmund Hillary’s famous words, “It’s not the mountain we conquer but ourselves”. These words really resonated with me on both race days. #grit #courage #strength 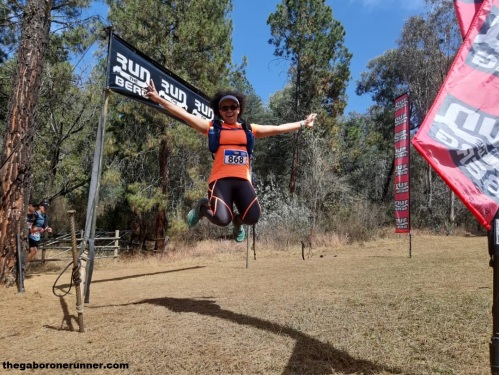 10 – Soweto Half Marathon| 03 November. Soweto is always an adventure and this year was no different. With 40, 000 runners, it is now the biggest one-day event in South Africa (and probably Southern Africa). It was amazing to be amongst all those runners and to be in South Africa the day after they won the Rugby World Cup. The incredible vibe, the electrifying energy, and the crazy hills. That is Soweto. But this year, my Run The Berg Training served me well on those Soweto Hills and I achieved a 14 minute Soweto PB! #conqueredthehills

11 – Airport Junction Race, 10 km| 10 November. This is an annual race we do with the kids. But this year, we decided that my husband would run with them so I could walk with my dad. We had an awesome time and talked about everything from politics to food to family to exercise. It was such a good feeling going through the Finish Line with my dad. We’ve had such a painful year and if ever we needed a walk together, this was it.  #family #love #grief

This year came with a lot of pain and heartache on the personal front, but somehow running and training for races gave me the strength, courage and determination to show up each day. Consistency proved to be the winner this running year, leaving me with such incredible race finishes, huge Personal Records, critical lessons, great memories and some pretty nice bling.

How many races did you do this year? What stands out as your favourite? And what was your most valuable lesson?

I’m joining two fabulous runners, Kim from Running on the Fly and Deborah from Confessions from a Mother Runner for their link up – the “Weekly Run Down”.