Considering I am summing up two weeks, this will be a shorter blog post than usual, BUT with good reason. Yesterday I said to my coach, “Why aren’t things ever smooth sailing?” After two weeks of smiling workout selfies, this happened…

The only thing I have been worried about since my training started is my niggling knee pain. But with help from other runners I realised I needed to put quite a bit of time into warming up my knee before running and then foam rolling afterwards. When I set off on my run on this particular Monday, I knew something was wrong almost immediately – my knee was okay, but my body was exhausted. In the first 200 m I was almost shuffling but I figured I was still tired from the 8 km run I had done the previous day. By the time I got to the first km I was exhausted and wanted to give up. The only thing that kept me going was the fact I had no actual pain. I was just tired. Should I stop because I am tired? I thought not – so I kept pushing, dragging my feet across that tarmac. When I got back, I checked the temperature and realised it was 37°C. Too hot and not temperatures I should be running in! I then felt better about the bad run and chalked it up to the heat. 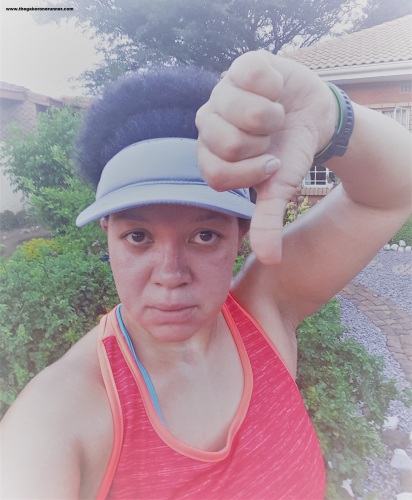 I woke up in pain – aching all over. Every muscle in my body was sore. I thought, Gosh! How unfit am I? Really, muscle pain from this very sloppy 5k run? I went into work as usual but by lunch-time I had to throw in the towel. The only way I can describe this exhaustion is the one some women experience in their first trimester of pregnancy, where you just can’t keep your eyes open. By the time evening set in, I knew something was wrong when my body temperature was 39.3°C. I had a terrible night, shivering and freezing, shaking and just aching all over.

I am one of those people who doesn’t like going to the Doctor’s. I haven’t had any bad experiences but I just feel there are some things the body can work through on its own. My husband was quite annoyed at my stubborn behaviour and said very clearly that in all the years he had known me (and we have been together for 15 years) he had never seen me this sick. Even brushing my girl’s hair for school was a struggle. But I still said, I’m sure it’s some 48 hour bug.

I had no choice. I didn’t even complain as Ditiro helped me into the car and we went to the Doctor’s. Then came the most unexpected diagnosis – Malaria! Huh?? I have never had malaria before and I am very careful when visiting malaria zones but it would seem I got it when I attended my cousin’s wedding in Francistown (North-East of the country) in early December – mind you, this area has never really been considered a “malaria-area” so it was quite the shock. They started me on medication immediately which led to some awful side effects, nausea and migraines. At least the fever abated and the muscle pain subsided.

I couldn’t hold the medication down. I was now getting really dehydrated – so I went in for a drip and anti-nausea medication so I could at least continue with the malaria medication.

I had the whole week off from work – I was definitely a lot better but just extremely exhausted. The first few days I spent most of my time in bed, but by Wednesday I was actually doing work from home. I think Thursday was the first day I didn’t have to take a single nap during the day. By the time I got to the weekend, I was even able to take the kids for tennis practice and I was starting to feel my normal self again. What a debilitating illness. So… back to the business at hand! This has thrown my Half Marathon Training Plan off a bit… Coach Nicola has adjusted things a lot. I will start walking this week and then the following week I will do some run-walk intervals as I get back into things. She is confident that I will be ready for the Half Marathon – and that makes me confident too. So I am not going to allow negativity or doubts to creep in – I will do my best to stay positive and just get on with it.

Grade: Ungraded. (I was going to give myself an F as nothing was done, but after lots of thought I think I am just going to settle with “Ungraded”. Fair?)

To keep myself accountable I am linking up with the lovely Courtney from Eat Pray Run and as usual with the inspirational Holly from HoHo Runs and fabulous Wendy from Taking the Long Way Home! Be sure to check out their blogs (as well as others on the link-up) – you always walk away with a lot of knowledge. 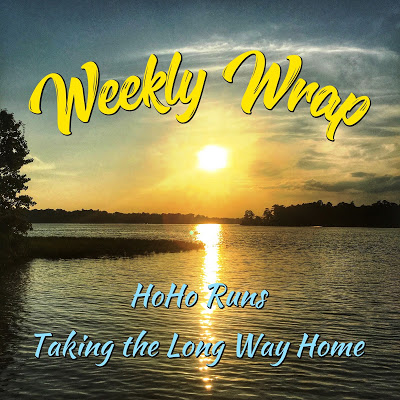