On the 4th of November 2018, I ran the Soweto Half Marathon in South Africa. It was as tough, challenging and as hilly as expected. Just finishing it felt incredible and it really was worth all the time and effort put into training. This is a little bit late, but here is a brief recap of the last (and FINAL) month of training!

Training for my second half marathon was very different from training for my first Half. This time round I took a more holistic approach to training and focused on six key goals that included making smarter food choices, improving my water intake, running more purposefully, increasing my strength training as well as improving my balance and flexibility. August and September were good training months and although October came with some unexpected work pressures and some “last minute” injury drama, it also turned out to be quite a solid month of training. I fell into quite a good rhythm and also incorporated the kids a lot more into my training routine which made it fun for all of us.

1 – Focus on Nutrition. My goal was to lose 5 kg in time for Soweto and for that to happen, I needed to lose 1.4 kg in October. I continued to use My Fitness Pal App to track my food and I really tried to make smarter and healthier food choices. There were some ups and downs – the fact that October is filled with birthdays (including mine) didn’t help matters! There were also days when recording my food just felt too tedious. However, I managed to lose 1.1 kg making it a total of 4.7 kg in my run up to Soweto. I’m really happy and this means after 4 years I have finally lost the baby weight! Now I just need a bit more work to lose what I like to call my “honeymoon weight”, LOL. [October Score: 9/10]

2 – Increase Fluid Intake. The first half of the month was similar to previous months but in the last 2 weeks of October, I consistently drank up to 2 litres of water a day and actually felt really well-hydrated going into Soweto. [October Score: 8/10]

3 – Run With Purpose. I had the usual mix of Easy Runs, Speedy Runs, Hill Repeats, and Long Runs. I was so determined to end this training cycle with a bang and I can honestly say I really did run with purpose. Even better, I started to enjoy running a lot more. On the 23rd of October, I wrote this in my log-book, “I used to run for the stats – now I think I run for the love of running and how it makes me feel. This was a beautiful run – easy but I was shocked to see how much faster my pace was! My heart rate average was also really low!” So an all round great month of running. [October Score: 10/10].

Speedy Runs: Remember my Mile Time Trial in August where I ran a mile in 10:25 min? Well, I had another go this month and shaved off 21 seconds! You should have heard the screams from the National Stadium as I sprinted across the finish line! And my little munchkins were there to witness a very over-excited mummy!

I did my last tempo run at the Sebele Agricultural Grounds with Tapiwa, Ditiro and the kids. It felt incredible and I wrote in my log-book “What a glorious run! I saw paces I never knew I had in me. My legs were strong.” It was a very good run but towards the end I felt some slight discomfort in my right hamstring/ glute muscles.

Hill Repeats: My first run this month was meant to be an Easy 5 km after our intense 16 km Trail Run the previous Saturday. However, as we were still on holiday in Magaliesburg we decided to capitalise on the hilly terrain and had a great Hill Repeat Session between the Hotel’s driveway and the Main Road (Total Ascent: 182 m). I am so proud that I ran up each of the very steep inclines and for over 6 km I never walked once. 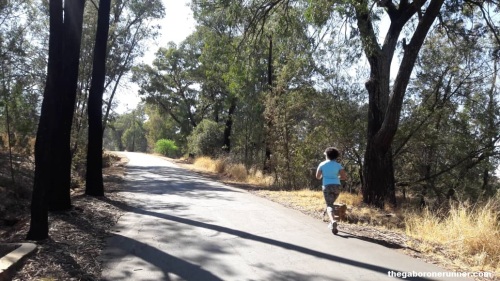 We had two more Hill Runs at Mokolodi which were quite intense but so worth it. I have said it before and I will say it again – I don’t think there is a flatter capital city in the world than Gaborone! We really had to hunt for Hills to be ready for Soweto.

In my last Hills Session, I pushed a bit further than I had done in previous hill runs, managing 9.1 km in 1:08:52. Afterwards, we enjoyed dinner at Mokolodi Restaurant as our final treat before Soweto. We ate whilst overlooking some antelope grazing and the night sky was just incredible…

Long Runs: By the time October came round, my scheduled long runs had become less intimidating and although I love the thrill of speedy runs, I must say I really enjoy going long and easy. I managed three of the four scheduled Long Runs ranging between 12 km and 19 km. As the distances got longer, I felt stronger and more confident and if I am not mistaken, I hit some PBs for all distances without even meaning to!

For my birthday, there was actually a 10 km scheduled, but I wanted to run a more significant distance to celebrate the big day so we did a 15 km run and it ended up being my fastest pace for this distance! What a great way to ring in my birthday.

I ended up being alone for my 19 km run the following Saturday! It was a lovely run though – tough to get started because I was alone but once I found my rhythm, I shut out the world with some music, and just kept putting one foot in front of the other. There were many runners out that day so I was not entirely alone and instead of following the route I had planned in my head, I just ran where my heart took me. When I got home, I cried – not out of sadness or pain, but rather out of sheer happiness and almost disbelief that “I got up and ran 19 km. Just like that”. I’ve come far. 🙂

Remember the slight discomfort I mentioned earlier after my last tempo run? Well, it reared its ugly head about 10 minutes after this group photo was taken and 200 metres into my last 10 km Long Run. I stopped and tried stretching again before running, but the same painful “clicking” sensation in my hamstring happened again.

I was devastated and decided to go to the doctor immediately. So sadly that’s how I ended my amazing 3 months of training! My final week was spent resting and attending daily physio sessions. I did squeeze in a couple of walks with the kids just to keep active. 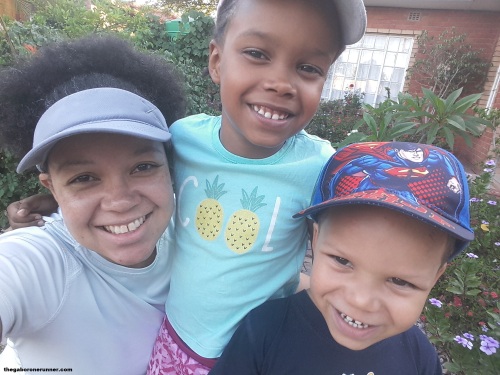 It was a very tense week for me as I went through a vast array of emotions, disappointment being the prominent one. I started the week feeling my race dream was over but as I started feeling some improvement at physio, I felt running the race was still a possibility but with altered expectations. More to come in the race recap! 😉

4 – 10, 000 Steps Per Day. I’ve given up on getting more than 2,000 steps at work but have tried as much as possible to be more active at home. I’ve had a few walks with the kids when I get back from work and have played with them a lot more in the garden. I also enjoyed a couple of hikes and together with my long runs it wasn’t a bad month.

In terms of figures, my range of steps was from 2, 179 to 27,188 and my average for October is 8, 838 steps/day. Although this is only 33 more daily steps than last month, remember September had an epic 40 km walk which skewed my stats a bit! So this month was actually better in terms of consistency [October Score: 9/10]

5 – Improve Flexibility and Balance. I have had several great pilates sessions and I don’t think I missed a single class! As it was breast cancer awareness month, the instructors did a lot more work on upper body strength and it was nice to do some new exercises. We also used a lot more equipment – fitness balls, resistance bands, pilates rings and blocks as well as rollers. For one session, I dragged Ditiro along and I think he was pleasantly surprised at the intensity of some of the movements! [October Score: 10/10] 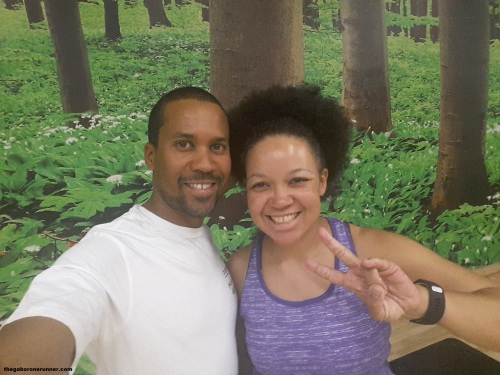 6 – Improve Strength Training. This is the one area I never quite mastered in all three months of training. And a part of me knows that my weak glutes definitely contributed to my last minute injury. Perhaps this is the warning I needed to take strength training a lot more seriously.  [October Score: 0/10]

There was not much blogging in October but I did manage to get my Magalies Adventure 16 km Trail Race Recap up on the blog! In case you missed it, here it is! 🙂 I will soon be back with my Soweto Race Recap to end this chapter!

I am excited to be linking up once again with my favourite ladies, Holly from HoHo Runs and Wendy from Taking the Long Way Home for the Weekly Wrap (or in my case MONTHLY wrap!)